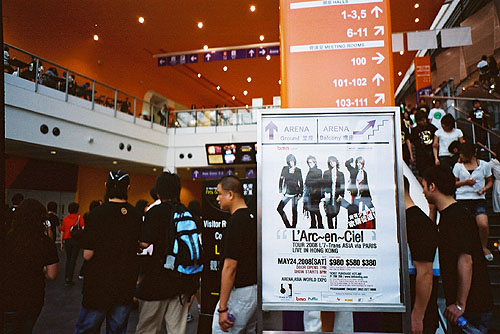 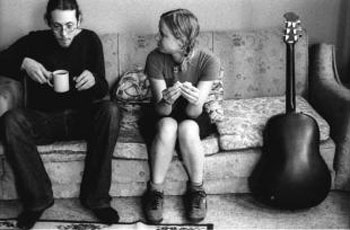 "Expertly understated ...a beauty built upon intertwining guitar picking patterns and the hammers of a piano somewhere dropping as if by the grace of gravity alone in all the perfect places."- Maverick 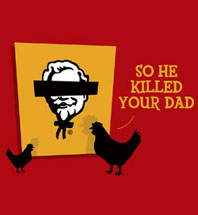 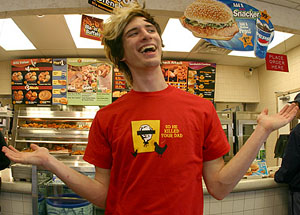 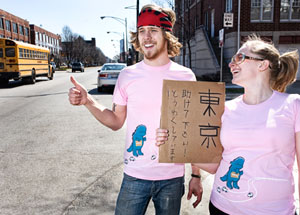 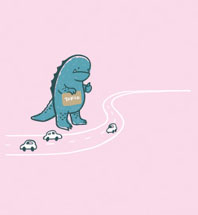 Take Me To Tokyo by Juju's Delivery -->这个是Q版哥斯拉么，也太可爱了吧 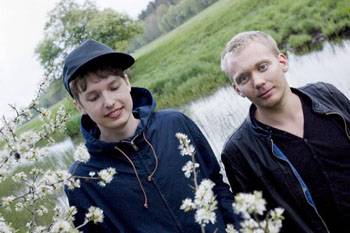 "One of these special collections will be for Swedish duo Kuryakin. Peter Gjorges and Johan Norberg create classic dreamy pop, the kind of sweet pop music that Shelflife has always been known for finding. Influenced by bands such as Free Design, The Sundays, Eggstone, Aztec Camera and a slew of 70s pop their upcoming release is chalk full songs that will help your upcoming summer blues breeze on by." --Twentysevenviews 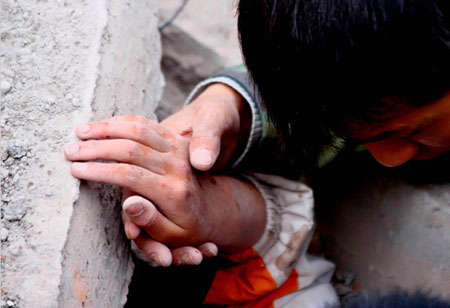 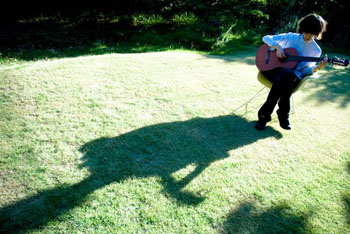 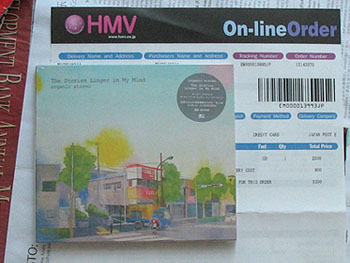 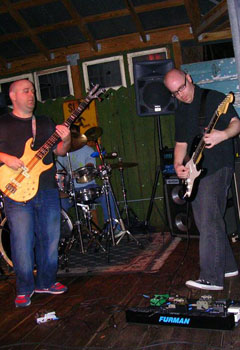 "After last night’s show at New World, I want St. Petersburg’s Petrograd In Transit to be my personal theme band. Epic and sweeping, every daily activity--no matter how mundane--would be life affirming with Petrograd behind me. I could solve life’s mysterious while walking the dog, mature beyond my years washing dishes, and remember where I left my wallet that one summer in 1996. Powerful shit. Influenced by Explosions in the Sky and (a personal favorite) electronic shoegaze impressario, Ulrich Schnauss, its amazing to believe this was Petrograd’s first gig, especially when you consider the genre calls for tight cues. Twenty minutes became way too short of a set. Welcome to the scene, boys."--REAX

找不出帅哥型男，也没有漂亮的宣传照片和专辑封面，Petrograd In Transit的四位大叔来自俄罗斯，成立于06年7月，乐队不论是在Yelsinky省还是边远的西伯利亚，都拥有一定的知名度，当然那还远远不够，加上养家的责任（每个成员总共至少有7个孩子），他们的目标是首都——一定要在圣彼得堡演出，于是大家整日在某愚钝经纪人的耳边念叨，终于有一天，他们到了圣彼得堡，甚至还去了佛罗里达，那里没有熏鱼和社会，只有棕榈树和温暧的阳光，人们的脸上挂着新奇的微笑，他们说，"Please enjoy our music. We make it especially for you. With a little help we will get Visas and tour this great nation. Please don’t generalize us Russians; we are a moody, self-obsessed people who love brooding, literature and ballet, not the fun-loving Europeans you take us for" 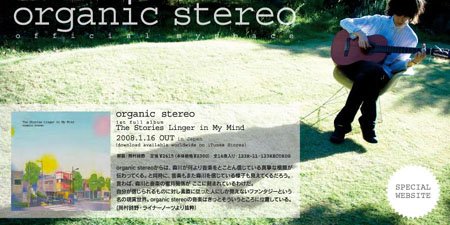 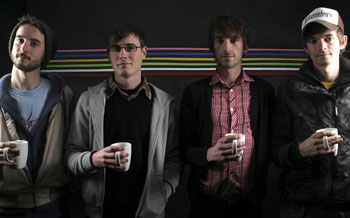 This Town Needs Guns is a four piece indie rock group from UK, formed in 2004, they have released two singles and one split EP(with Cats and Cats and Cats) last year and received a great response, the good news for the fans is that their debut selftitled album was finally out in April 2008

Interesting that someone asked me about sincabeza today, I said "math rock is not my type at all"(I know Lite is someone's favorite: ), but finally I've decided to upload This Town Needs Guns. As a matter of fact, althought TTNG have intricate guitar sequences and varying time signatures, they are not THAT math, they also have very clean layered guitars, melodic, straightforward and emotional vocals (but don't call it emo), just like American Football. "26 is Dancier than 4" alternates between erratic and swirling guitar riffs, keyboard melody always plays background role, at the end of second track it also provides an platform for some shoegazing guitar drone and rhythmic basslines to enter the music. The instant the acoustic guitar starts up the third track, clean and strong vocals, the chorus effect is added, then drums, the jazzy trumpet and keyboard are involved also. With complex structures and angular melodies, "1470 Man"would be described as typical math rock song.

"Want to Come Back to My Room and Listen to Some Belle and Sebastian?" is probably my favorite, not only because it got a cute title and lyrics are awesome, also with a more post-rock oriented structure, next is "If I Sit Still, Maybe I'll Get Out of Here", the beginning reminds me of AF's "Never Meant", "Japanese Ultra-Violence in D-Minor" is slow and beautiful track, guitar, piano, sad cello and gentle percussion create a soothing and relaxing musical space, sounds a little like Mike Kinsella's solo project Owen. The Final track is fantastic also, these guys rock! All in all, if you do like American Football and(or) Minus The Bear, you won't be dissapointed 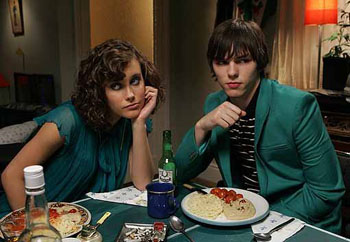 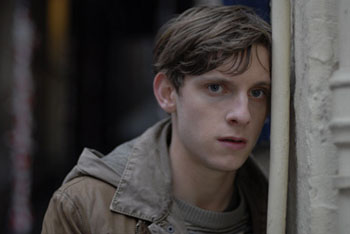 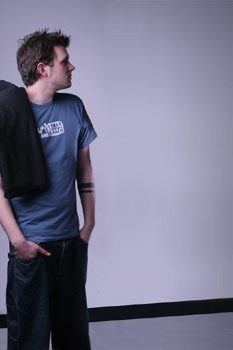 "Ambient, IDM, instrumentalism and electronica embrace in slow motion and take you back with a soundtrack to your nostalgic remembrance. With each song comes a seemingly familiar setting, but the only thing that is guaranteed in each is a drop that touches a part of your soul in a similar way to recalling a happy memory. It’s those ‘Oh yeah, that’s what that felt like!’ moments that give way to an immediate connection with the music. On repeat plays the effect doesn’t seem to fade, even when your aware the moment is coming; that very fact almost intensifies the experience"

Music
Comment:1 | TrackBack:0
Page Top↑
Boris Kolesnikov    05/01/2008
Born in Ukraine, now lives in washington, he must be the model who looks the most like Hedi Slimane, haha 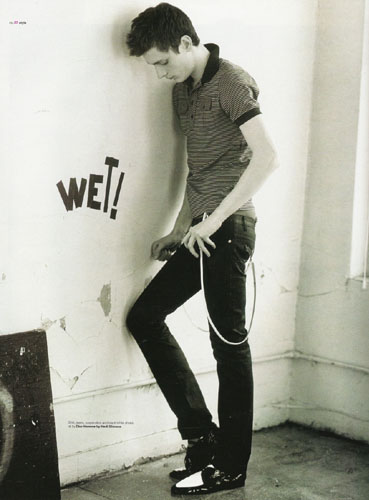 shirt, jeans, suspenders and black/white shoes all by Dior Homme by Hedi Slimane
one of "The Portrait of an Artist as a Young Man" series, by Luke Irons
Anthem Magazine no. 23, July/August 2006

Fashion
Comment:0 | TrackBack:0
Page Top↑
Boris Kolesnikov    05/01/2008
Born in Ukraine, now lives in washington, he must be the model who looks the most like Hedi Slimane, haha

shirt, jeans, suspenders and black/white shoes all by Dior Homme by Hedi Slimane
one of "The Portrait of an Artist as a Young Man" series, by Luke Irons
Anthem Magazine no. 23, July/August 2006